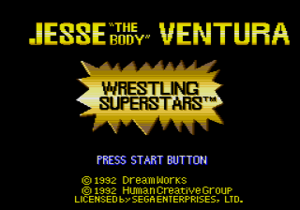 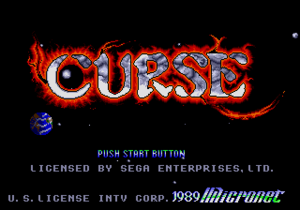 Back from the dead!

For a long while now, I have felt that we need a wiki for all the stuff that happens in our little community. The world of prototype hunting is fragmented, as each site/forum caters to their own sub-niche. There is nothing wrong with that, but it becomes difficult (for me at least) to keep up with what was released where and when, by whom and why. To remedy this me, and my small team have been working on turning my old site into a wiki to make all this easier.

Hidden Palace turns 10 today (where did the time go?), which I thought was a great occasion to come back from the dead and get back to work. This year I will be going through both my released and unreleased material and putting it all on the wiki. The plan is to have a weekly cadence of releases, because there is a lot to get to.

Ultimately my hope is that Hidden Palace becomes a useful catalog for prototypes, releases, and other development material that has been gathered not just by me, but others as well.

If you would like to volunteer, we are currently looking for people to actively contribute and help with the wiki, so if you’re interested please feel free to contact us on the forums, IRC or email. We are currently working on importing the rest of the old site onto the new wiki, so please excuse any broken links or the like for the next few days.

Anyway, this announcement wouldn’t be complete without something to release. Today I present to you a few goodies that I’ve been meaning to release for a long time.

Today’s release is part of what came as a surprise to me. Upon reviewing the source CDs from that 2008 QA release I did, I found something interesting. Three CDs that I had assumed were just final ROMs contained, in fact, a bunch of non-final builds. The CDs come from a Final ROM archive that was put together at Sega in April of 1994, most likely for SEGA Channel. These non-final ROMs range from builds that are legitimate misplaced prototypes, localization prototypes, prototypes of revisions, and strange altered ROMs that contain very minor changes for SEGA Channel.

I and Evilhamwizard have gone through these CDs thoroughly and put together a big table with the original file names, file dates, etc. Check it out here. 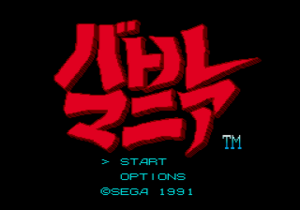 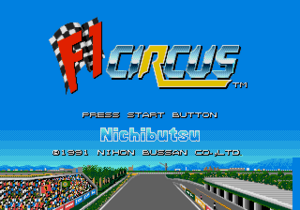 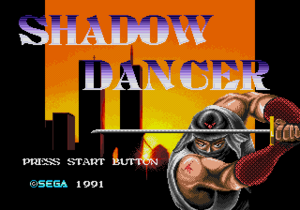 As for the new prototypes I found, here is the first taste for this week (click the heading to go to the page of the release where you can find some information, a download, and even a video):

An unreleased game! This game was submitted for approval to SEGA but was somehow abandoned near the end of development. It is currently unknown how many prototype cartridges were given out for review/preview. The game was published by DreamWorks, and developed by the Human Creative Group.

An unreleased localization of Curse! This game was reported many years ago in magazines but was never released in America.

An unreleased prototype of Mondu's Fight Palace before being changed to Fatman in Japan and Slaughter Sport in the US.

An unreleased and incomplete American localization of F1 Circus MD! 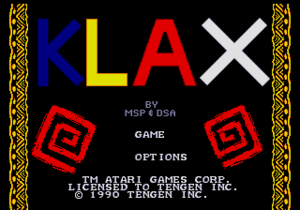 A prototype of Klax. This has a major bug that was fixed for the final that causes the game pieces and certain other graphics to not show up on the screen. 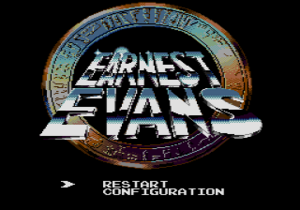 This one has an unused intro and an unused ending, uses text from Japanese Sega CD port still. The modification date is from 1994, 2 hours before the archive disc was burned, suggesting the ROM was merged from EPROM pieces just before the disc was burned (therefore it is not the actual ROM build date). 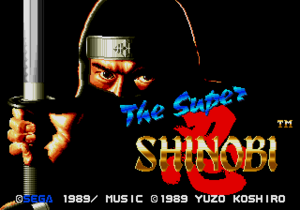 Ever wondered where the leaked Sega Smash Pack prototype came from? As it turns out, this ROM is almost identical to the ROM that was discovered a few years ago but without the SEGA Channel information in the header. This means that the ROM that was included in the Sega Smash Pack release actually originated from the Final ROM Archive. We also have the added advantage of having the correct build date of the ROM to properly identify just how early it is in comparison to what was released. It looks as if the ROM wasn’t properly identified in the archive (given the file name SHINOBI1.BIN, while a later version more in line with the retail release was given the file name SHINOBI2.BIN). As a result, this caused the wrong ROM to be included in the pack (and was possibly archived improperly by SEGA as a result).

As a recap, this build has a level select and cheat mode enabled by default. The drum snare samples are using the samples from Phantasy Star II US. Most of the sound effects and music is missing. The bosses are unfinished. And the ending hasn’t been implemented yet. 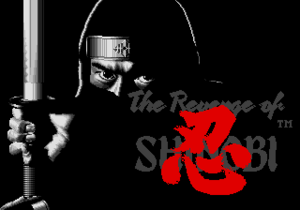 As stated before, a second build for this game was included in my archive and given the name “SHINOBI2.BIN”. This build is actually a prototype of REV02, and only has code changes (data after 0x10000 in the ROM is unchanged). The game surprisingly has level select enabled by default for some reason.

A prototype of Shadow Dancer! This build is near final, but still contains a few differences. Missing music in sound test, different copyright year, missing sfx, difficulty levels are referred to ACTs instead of LEVELS. The palette used for the level title cards are all messed up. For some reason, the header is completely messed up in this ROM.

A prototype of Battle Mania (also known as Trouble Shooter in America). The title screen is very different and there are some palette changes. 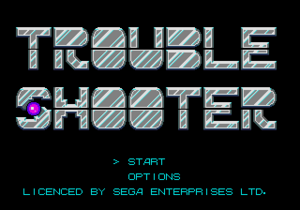 A localization prototype of Battle Mania. The title screen is still different in comparison to the final US release. There are probably many other localization changes as well. 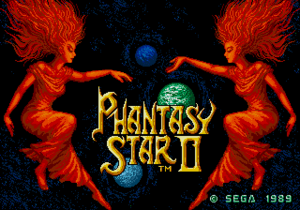 A localization prototype of Phantasy Star II. Many text differences and grammatical errors. 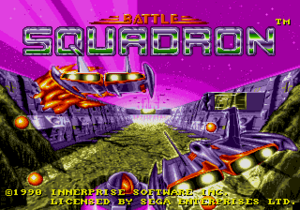 A new build with slight differences that was never released. Some small code changes. The header was changed with the proper game title and product code. 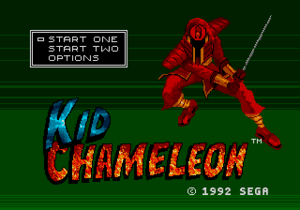 Might be a second revision in progress. Product code changed to remove a space. No differences in maps and level art, except this ROM contains 4 extra maps which are duplicates of another level. 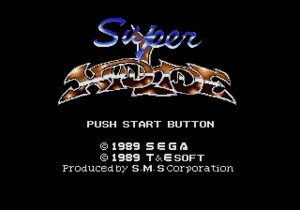 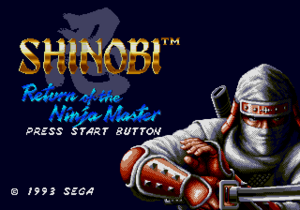 Most likely an unreleased revision based on the American release. The serial in the header has been fixed, and the region lock screen (TMSS) has been changed. No debug or level select features are enabled, however. 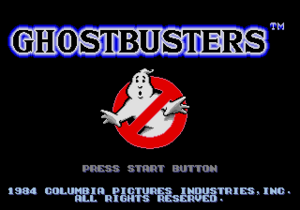 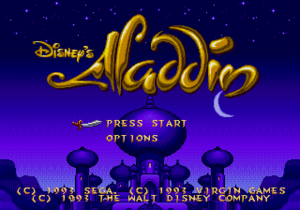 A small revisional prototype for Japan that was compiled 20 minutes after the US final. It’s unknown if the game ever released in Japan. There are no language changes however. But there are byte differences throughout the ROM. 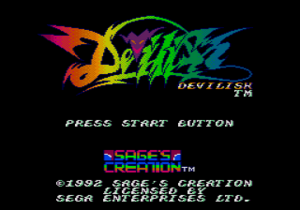 A very strange revision prototype of Golden Axe. Contains code and data changes. ROM header says REV00 but the in game text has been changed like in REV01 ("PATH OF FIEND" and "THEME OF THIEF" were renamed "FIEND'S PATH" and "THIEF'S THEME"). Game pauses upon loading up a level.

The following ROMs are considered “Altered Finals”, where the build itself is based off a final ROM but altered slightly for whatever reason. These ROMs have nothing that changes the game in any way, but are included here as an interesting curiosity. 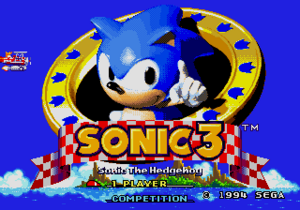 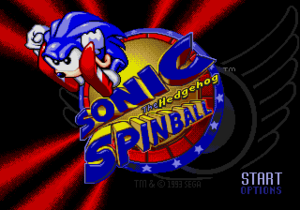 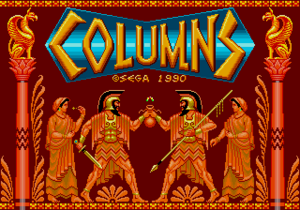 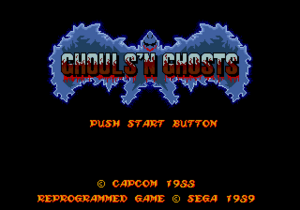 Throughout this month, expect to see more ROMs from the Final ROM archive. As for next month, stay tuned to find out!

Before I sign off, I would like to take this opportunity to thank all of my friends in the community, as well as everyone who has helped and supported Hidden Palace over the years. You guys have been great and made this hobby of mine something special.