Difference between revisions of "News/Baldur" 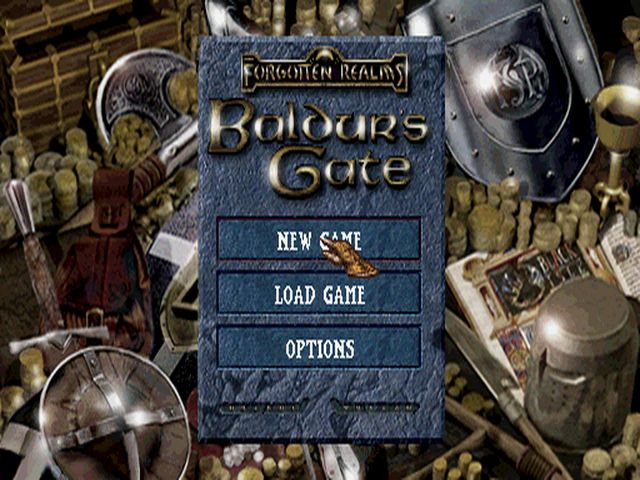 Here's something very, very nice. Baldur's Gate for PSX, donated for a release by a secret awesome person. Some words from them:

Santa here! Or at least someone who's secretly filling in his shoes!

Isn't this season great? 'Tis the season of giving, hope, love and all that bla bla bla stuff... So here's me giving you something (and it's not the finger, for once). It's a brand spankin' new unreleased game! And one you can actually play too! I've been sitting on this thing for nearly 2 years. 2 years isn't that long a time! I acquired this for a rather sizy sum of money once (hint: four digits). Sure stung a bit, but I feel like I've somewhat recovered from that! So what you're now getting is a fully playable (from start to end) copy of the unreleased PS1 port of Baldur's Gate. It weights in at a mighty 3 discs and is a surprisingly faithful and direct port of the original PC game. Please note: This is NOT the same build that was featured "exclusively" on the PlayStation Museum. This one is further into development and much closer to the game's cancellation date.

I don't expect to get anything in return for this, but for those who're feeling very generous; My wishlist this year includes the usual bag of world peace and stuff, along with some personal wishes for stuff such as the early version of Resident Evil 2 (aka. Resident Evil 1.5) and the canned PS1 port of The Journeyman Project - Pegasus Prime, but money would also be nice! ;)

Anyway, hope you all enjoy your present from this year's Secret Santa! I also hope you all enjoy this often so forgotten title and I wish you all a Merry Christmas and a Happy New Year! Make sure to leave your thanks and holiday wishes in the comments sections or keep an eye on LostLevels.org and the Hidden Palace forums, where I'm hoping someone will be paying their respect for this gem!

Santa paid a mid-end four figure sum for this, so if you'd like to thank him with money, I can make sure it gets to him, let me know.

Edit: Carnivol has posted a nice write-up with a bunch of screenshots at the LostLevels forums, check it out.