This is a sub-page of News.

To start it off, I present to you the cancelled game Ecco II - Sentinels of the Universe. 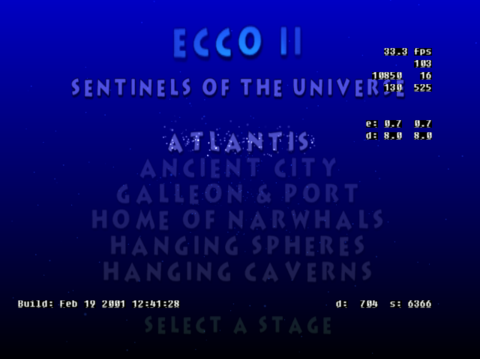 Read the article for screenshots, videos, download links and more details.
Discuss this on the boards here. 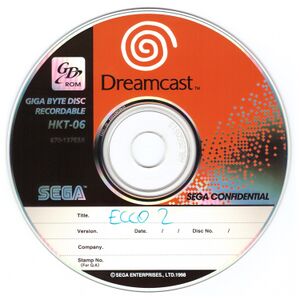 Almost eight years ago, I acquired a large lot of prototypes and assets related to the Ecco the Dolphin: Defender of the Future game for Dreamcast and PS2, including a Katana Dreamcast development kit. To my delight, the previous owner also had a prototype build of the cancelled Dreamcast sequel Ecco II - Sentinels of the Universe.

This game was a planned sequel to Ecco the Dolphin: Defender of the Future for Dreamcast that got canceled around the time SEGA announced that they would be stopping production on the console and focus on being a third-party developer. Given the fact that the first game was later ported to the Sony PlayStation 2 later the same year, it’s not clear why Appaloosa decided to stop development on the sequel, rather than port it to PlayStation 2 as they did with the first game.

The previous owner had a GD-R copy of perhaps one of the last builds of the game. As you can see, the game was last built sometime during the announcement that Sega would be going third party and production of the Dreamcast would be shut down. A similar nonworking version of the game appeared many years ago on a Katana Devkit. The version that I have is one of the few extant working GD-R copies of the game that can be dumped and played on an actual console or in an emulator.

This game features a few playable levels via level select with a complete working debug mode. There is no music and sound but perhaps there are leftovers on the disc. Keep in mind, development on the game had only just begun before it was canceled, so this might be perhaps all there is in terms of playable builds. 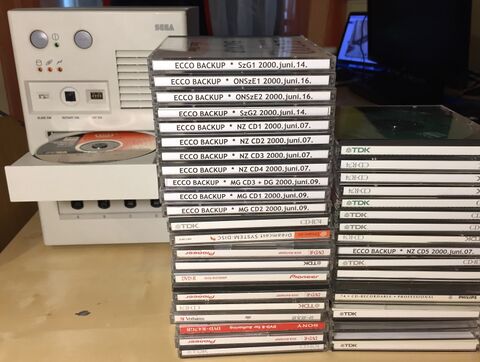 A couple of other things today. 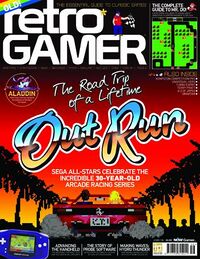 I recently did a small interview for this month’s issue of Retro Gamer on the topic of game preservation and releasing prototypes.

We’re also on Tumblr now! We’ll be using it as another venue for providing announcements in case Twitter and Facebook aren’t your thing. If you have a Tumblr profile feel free to reblog and spread the love.

We also just finished importing the rest of the releases from the old website. It took us a while to do this! There are probably a few pages that are not free from errors so if you can, please feel free to correct any you find. We are looking for people to contribute screenshot galleries and general notes. If it seems too daunting even a single edit helps!

Finally, we can now dump Neo Geo Pocket (Color) cartridges! The dumpers for these are pretty obscure these days so it took me quite a while to acquire a working one. If you have any Neo Geo Pocket things that you'd like to dump, let me know.

Throughout the rest of the month, expect to see all things Ecco. Stay tuned for more exciting (and long overdue) stuff in the weeks to follow. That tower of discs above? All Ecco.