A prototype/preview build of Shadow Ops: Red Mercury for the Xbox from 2004-04-25 (about three weeks before the game was released). 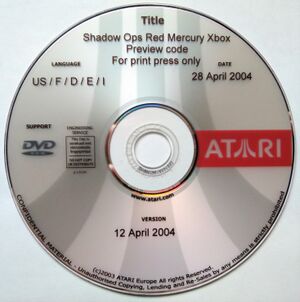