Discuss this on the boards here.

Today I present to you a couple of Lion King prototypes for SNES! 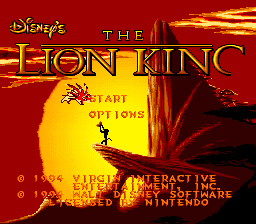 The first (and earliest) prototype was kindly donated to us by “Z” and features many differences in comparison to the final. The title screen is completely different, animations are either unfinished or different all together, each level is unfinished save for the first, music differences, rough “wireframe” models of animated sprites, and more. 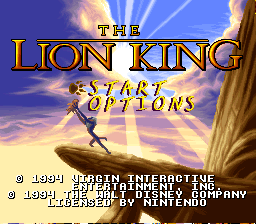 The second prototype (v.21) was donated to us by Billscat-socks, and contains more comparable differences to the final game. This build contains many aesthetic differences, such as different object placement, an even more difficult version of the second level, unfinished bonus stages, and an unfinished version of the last level (the fight with Scar). 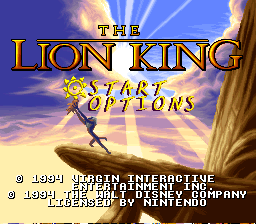 The third prototype (v.48) was recently released by peekb on ASSEMBler and contains a few differences in comparison to the final game. Be sure to check it out!

That’s all for right now. Stay tuned in the coming weeks for more on the way!