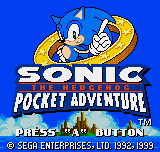 Discuss this on the boards here. 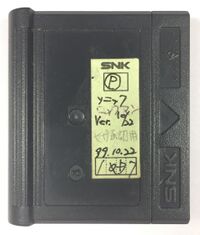 I’ve put Ecco releases on hold for now. I encountered a bad GD-R and I’m doing some work to restore it. In the meantime, I’d like to release a prototype of Sonic Pocket Adventure for the Neo Geo Pocket Color that I recently got on Yahoo Japan. It has a nice collection of differences: missing sound effects, different graphics, different level layouts, unfinished bosses and level transitions, and plenty of bugs. To make the package sweeter, you can activate a full debug menu by pressing start at the Sega logo where you can load into any level (including two test levels!) and listen to any sound in the game. You can even enable invincibility and play any special stage as well!

The cartridge label is pretty interesting too. The cartridge has some Japanese written with different ink for some sort of Megaman title, as far as we can decipher from the handwriting. (thanks to Billscat-socks and Franz for helping out with the possible translation)

Special thanks to folks who donated specifically for this release: Jelq God, Jen, JTE, Peter Küffner and SoNick. Thanks guys!

On the flip side, many things have been happening behind the scenes on this website as well as elsewhere. 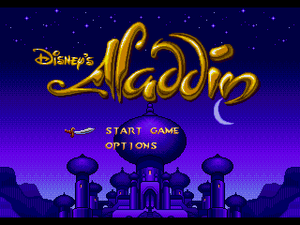 Site contributor Billscat-socks, who previously posted a page on a pretty great Aladdin Megadrive prototype, has decided to release it on our site! This prototype features a lot of cool stuff, like enemies that were cut from the final, alternate level designs, unfinished animation and artwork, and more. 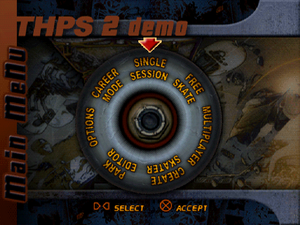 Another exciting prototype that was recently released on our website is an E3 prototype of Tony Hawk’s Pro Skater 2 for the Sony PlayStation that was preserved by Sairuk!

Since our last announcement, many new prototypes and developer assets from Climax have been rescued and preserved here on our website for all to enjoy. Please visit the Climax lot page to see what we have. We, along with Borman from http://ptoponline.com, PixelButts, and JoeyHorrorFan have acquired a few things from this lot, so please stay tuned for more in the upcoming months!

Recent releases in the wild

We are still looking for articles on previously released, soon to be released, or any other kind of unreleased prototype material for the site. There’s a certain level of immediacy for prototypes that have been released recently that have not entered any No-Intro, Redump, or Good Set collection - as these are currently at higher risk of disappearing over the passage of time. The site staff is currently busy with preparing releases and media for the site, so any contribution (regardless of how small) would be much appreciated.

As always, we’d like to give special thanks to Snescentral, Missile, Joeyhorrorfan, Lemurboy12, Null, Prototector, B00daw, Billscat-socks for their contributions over the past few months. I should mention that Evilhamwizard, my fellow admin on the wiki has been a machine over the past few months, with over 5000 edits in almost 4000 articles.

Until next time! Have a great 2017 everyone! 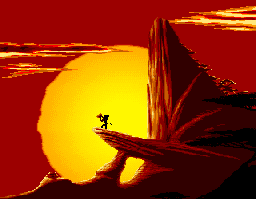