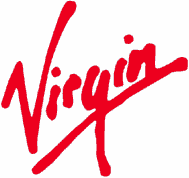 Virgin Interactive Entertainment was the video game publishing division of British conglomerate the Virgin Group. It was formed as Virgin Games in 1983. Initially built around a small development team called the Gang of Five, the company grew significantly after purchasing budget label Mastertronic in 1987.

In 2000, Virgin began throwing away what they kept in their offices in Europe. Some employees managed to salvage certain artifacts from this time and kept it for many years. In the late 2010s, Radar managed to acquire certain items from this event and is planning to share it over time.